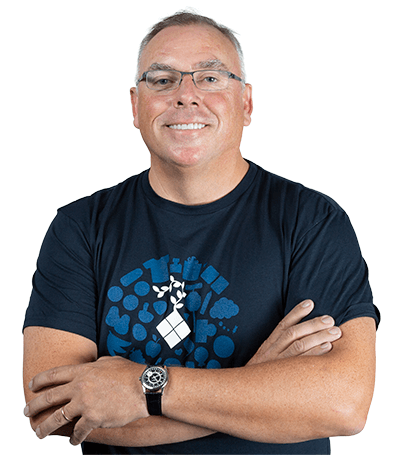 CEO of Medallia. Before joining Medallia, Leslie served as President and CEO of CallidusCloud for over 10 years, until the company’s acquisition by SAP. Previously, Leslie spent nearly a decade at Sun Microsystems where he held the position of Senior Vice President of Global Channel Sales and was the Managing Director of Sun Microsystems U.K. Ltd. Before joining Sun, Leslie held various sales positions at Oracle Corporation. 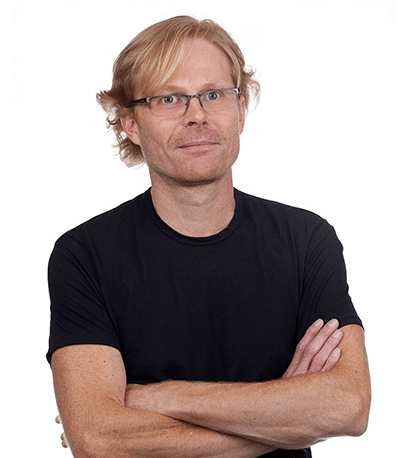 Founder & Chairman of the Board

Co-founder of Medallia. Before starting Medallia, Borge led strategy and operational improvement projects for the Boston Consulting Group. Prior to this, he worked at Morgan Stanley as an associate, at P&G as a financial analyst, and served as a lieutenant in the Norwegian Air Force. 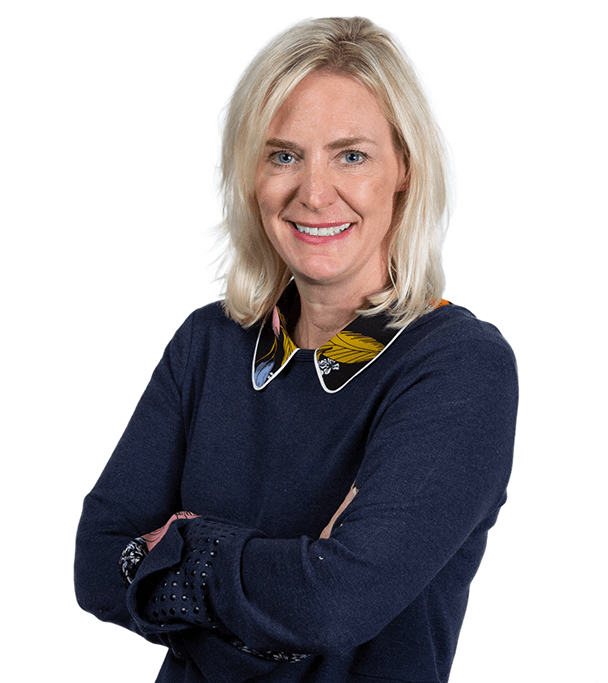 Roxanne leads finance, IT, corporate development, and real estate functions. Before Medallia, Roxanne served as CFO at CallidusCloud, a publicly traded SaaS company. Previously, Roxanne was at Thoratec for nearly a decade where she held various financial positions including interim CFO. Prior to Thoratec, Roxanne served as General Manager for Zomax, Inc. a logistics and supply chain provider for software companies. Roxanne serves on the board of CalAmp, a technology solutions company focused on transforming the global connected economy. 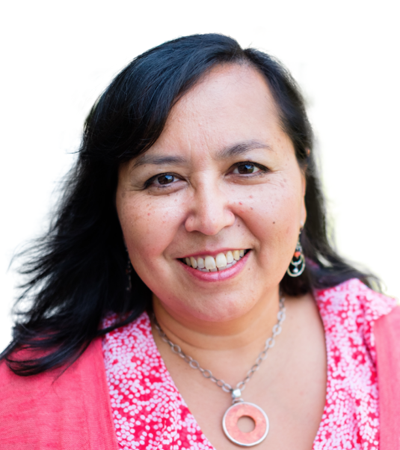 Elizabeth is recognized as a visionary leader in the customer and employee experience industry. As a member of the founding team, Elizabeth helped build Medallia into the industry leading Company it is today. She brings over 20 years of deep domain expertise to her work with the world’s largest and most well-respected companies. Before Medallia, Elizabeth led the global contact center organization for Starwood Hotels, with prior roles at ITT Sheraton, and Deloitte. Elizabeth holds an MBA from Stanford University and a Bachelor of Science in Electrical Engineering from the Massachusetts Institute of Technology. 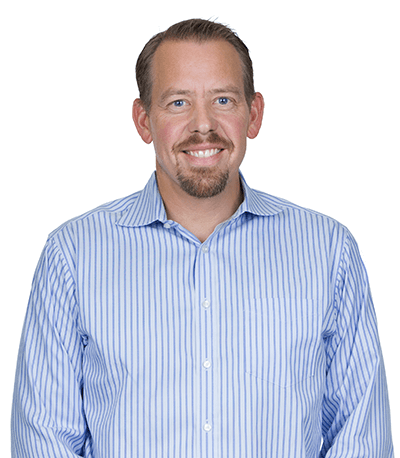 Mikael, an engineer and architect by training but a passionate people leader at heart, oversees engineering and operations at Medallia. Prior to Medallia, Mikael was SVP of product development at Oracle. Prior to Oracle, Mikael was a systems specialist at Scandinavian Airlines where he oversaw some of the largest and most mission critical systems related to airline operations. 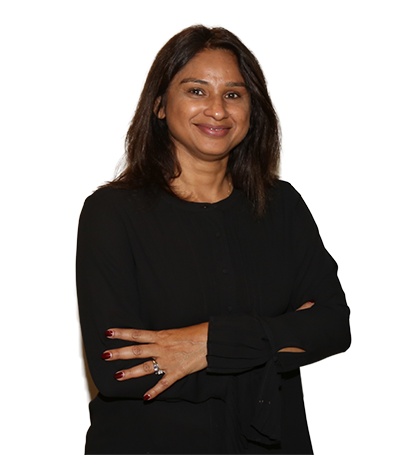 Sarika leads Medallia’s product and design organizations and is obsessed with ease of use and driving value for clients. Prior to Medallia, she was SVP and GM of a high growth cloud Litmos.com business at SAP. Before Litmos, Sarika led the CallidusCloud product team and was instrumental in taking the core product offering from a single product offering to a market leading product suite. Previously Sarika worked in various engineering and product positions at Oracle. 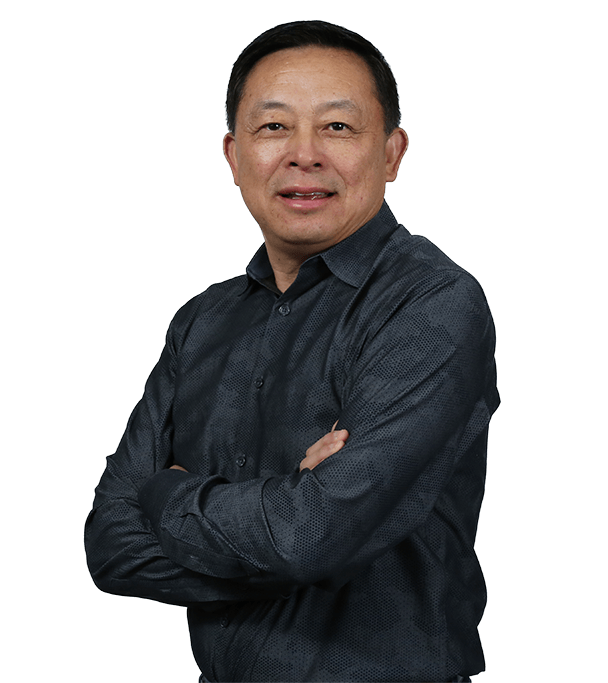 Jimmy leads Professional Services and Enablement. Before Medallia, he was most recently a member of the CallidusCloud executive team and held roles as CTO, EVP Services, EVP International Sales and Customer Success. Jimmy has also held executive leadership roles in Client Services, Analytics and Data Warehousing at Xactly, and Quovera. 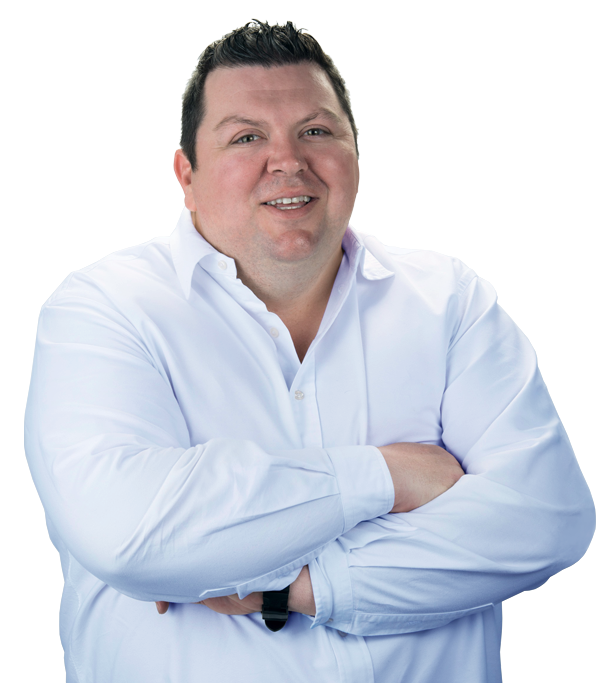 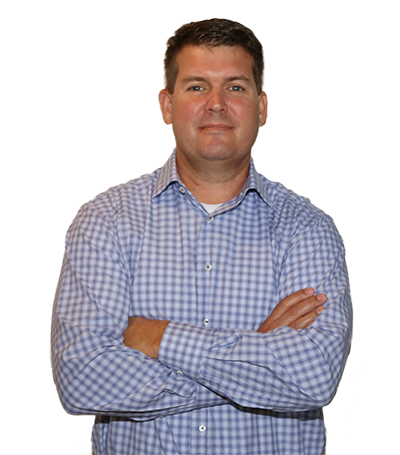 Prior to joining Medallia, he was the executive vice president and general counsel of CallidusCloud, acquired by SAP, where he was responsible for all global legal and corporate affairs, corporate transactions, privacy, compliance, intellectual property, and litigation matters. 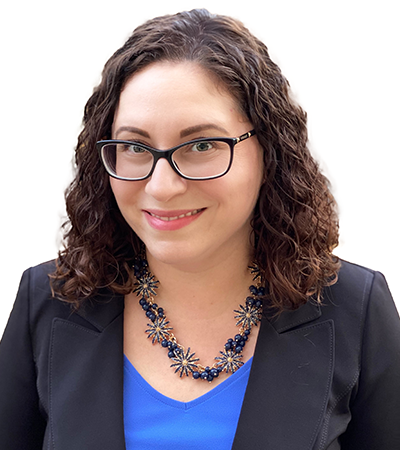 Mary leads Medallia’s people and culture team. Before Medallia, Mary served as EVP, Chief People Officer for CallidusCloud. She has a proven track record of attracting and retaining top talent, developing high-performance teams and delivering the experiences and results that matter most to employees and the business. Prior to CallidusCloud, Mary worked at Robert Half International where she managed strategic recruiting efforts for both public and private companies. Mary is a member of the Forbes HR Council. 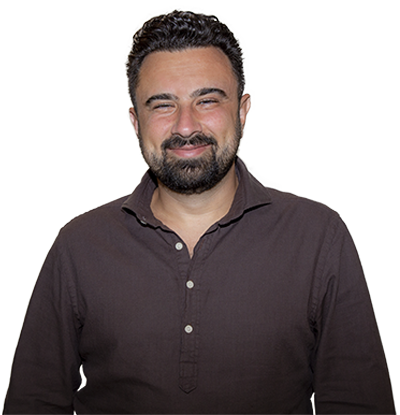 Nick leads Medallia’s Global Public Sector business, with a mission to accelerate the Public Sectors’ ongoing efforts to transition to a digital-first approach centered around customers & employees. Prior to this role, Nick led the development of Medallia’s sales organizations in the Southern US, Latin America, and Strategic Accounts. Before joining Medallia in 2012, Nick served in sales and leadership roles at BMC Software, and SAP. Nick holds a BS in Marketing & Sociology from Drexel University. 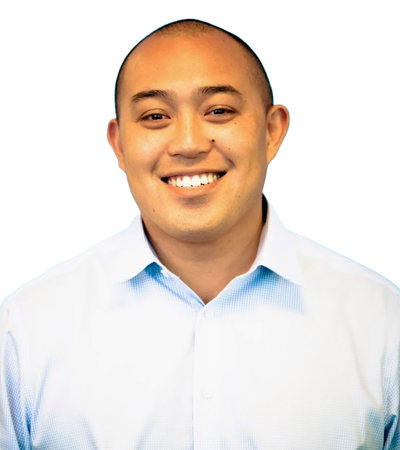 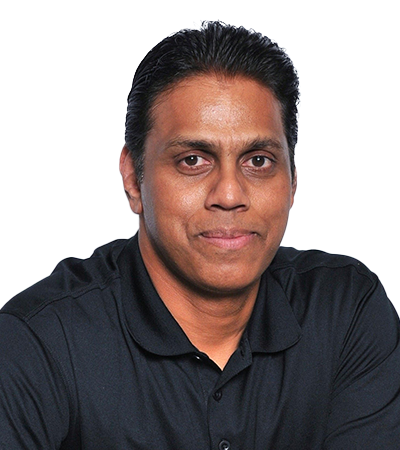 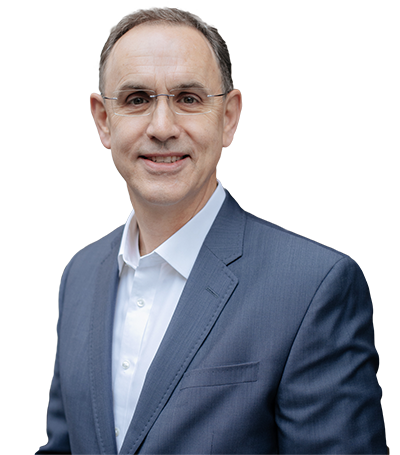 Greg is an industry veteran known for developing top sales teams and driving transformational business growth. During his tenure at Medallia Greg served as the senior vice president, head of sales for EMEA, growing the region and achieving exceptional growth. Greg now serves as Medallia’s, senior vice president and head of international sales. Before Medallia, Greg was part of the CallidusCloud senior leadership team where, under his leadership, he grew the Financial Services practice over 1500% in four years. Previously, Greg was a sales leader at SAP and i2. Greg holds his MBA from Northern Illinois University and a Bachelor of Science in Economics from the University of Illinois Urbana-Champaign. 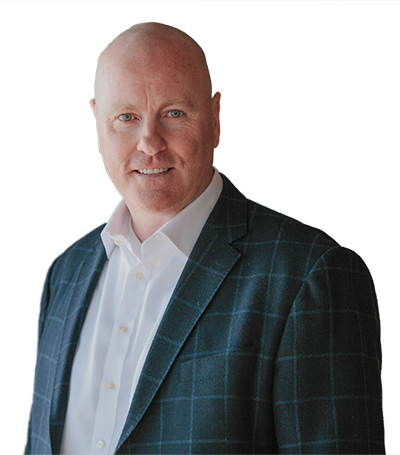 Gavin brings significant experience in growing technology companies, providing rich industry knowledge in operations and go-to-market strategy. He has spent the last 25 years in Software and SI businesses living and working in Hong Kong, Singapore, Japan, and New York. He is an expert in APAC growth, transformation, and expansion. Prior to joining Medallia, he was the CEO of Fujitsu ASEAN. 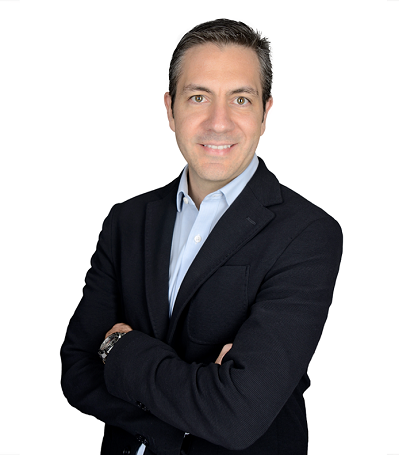 Enrique joined Medallia in 2016 with the goal of implementing the best Customer Experience practices in Latin America. With 20 years of experience in the software industry, Enrique is responsible for increasing the company’s leadership in the region, driving high-performance teams to ensure that Medallia’s customers receive the highest levels of service. Enrique previously developed the SaaS business at Microsoft Latam and was one of the pioneers in Amazon Mexico’s e-commerce team. Industrial Engineer with a master’s degree in International Business.

Borge Hald
Founder & Chairman of the Board, Medallia

Co-founder of Medallia. Before starting Medallia, Borge led strategy and operational improvement projects for the Boston Consulting Group. Prior to this, he worked at Morgan Stanley as an associate, at P&G as a financial analyst, and served as a lieutenant in the Norwegian Air Force.

CEO of Medallia. Before joining Medallia, Leslie served as President and CEO of CallidusCloud untilthe company’s acquisition by SAP. Previously, Leslie spent nearly a decade at Sun Microsystems where he held the position of Senior Vice President of Global Channel Sales and was the Managing Director of Sun Microsystems U.K. Ltd. Before joining Sun, Leslie held various sales positions at Oracle Corporation.

Mitch Dauerman assists Medallia’s leadership team with its strategy and execution in the rapidly growing market of Experience Management. As the former Chief Financial Officer of Ultimate Software, Mitch was instrumental in building it into a cloud leader that transformed the market for human capital management.

Doug Leone is a venture capitalist at Sequoia Capital focusing on mobile, internet, software and communication companies. Doug currently sits on the boards of ActionIQ, Lattice Engines, Nubank and Numerify. Doug represented Sequoia in its investments in Aster Data, Aruba Networks, Meraki, Netezza, Rackspace, and ServiceNow. Prior to joining Sequoia Capital in 1988, he held sales and sales management positions at Sun Microsystems, Hewlett-Packard and Prime Computer.

Steve Walske advises Medallia and many other Silicon Valley companies on sales and go-to-market strategies. He led Parametric Technology Corporation (NASDAQ: PMTC) as the CEO from 1986 to 2000. Under his guidance, Parametric established itself as one of the largest software-only companies in the world. He guided the company from its start-up phase through its initial public offering in December 1989 to its position as market leader in mechanical design automation software.

Co-founder of Medallia. Before starting the company, Amy worked as a consultant for Boston Consulting Group. Prior to that, she was a Legislative Aide on Capitol Hill, and a Peace Corps Volunteer in Honduras.

Leslie Kilgore was CMO of Netflix from 2002 to 2012. She now serves on the Netflix board of directors and previously served on the LinkedIn board of directors. Prior to Netflix, Leslie held marketing management roles at Amazon and Procter & Gamble. She also served as a consultant for Booz Allen Hamilton.

James is a transformational leader with over 30 years as a CEO and operating executive in the Consumer Products, Retail and Restaurant industries. An experienced Board Director/Advisor with 15 years of experience in a dozen public and private Board appointments.

He is the former Chairman, President and CEO of Jamba Juice where he led the successful turnaround and transformation of the company from a made-to-order smoothie shop to a global, healthy active lifestyle brand. Prior to his role at Jamba, James also held senior executive positions at Safeway Stores, Inc., the Gillette Company, and Nestlé-Purina PetCare.

Rob Bernshteyn is chairman and CEO at Coupa Software and led Coupa from an early start-up to a position of global marketplace leadership with rapid revenue growth and massive spend under management through its platform. Bernshteyn’s decades-long experience in the enterprise software industry and his deep product marketing and management experience at Siebel Systems, SuccessFactors equip him perfectly to serve on the Medallia Board. He also served as an associate management strategy consultant at McKinsey & Company, and spent four years as a Project Manager focusing on global SAP systems implementations at Accenture. Bernshteyn is often featured on major news programs on CNBC, Bloomberg and NPR.